Find out about Curio Multiple Protocol

CurioDAO is a project built on the Ethereum network as well as Polkadot that is open-sourced. This project is efficiently handled by persons all around the globe who are in possession of CGT, which is the governance token. By process of scientific authority, which includes administrative selection and governance survey, the holders of CGT handle the Creator Protocol and economic risks posed to the Curio Stablecoin in order to maintain its solidity, clarity, and efficiency. The voting weight of CGT is synonymous with the number of GCT a person puts into the voting contract. This means that the higher tokens are put into the contract, the higher the power of said voter to make decisions. The Creator Protocol, which was developed on Polkadot as well as ETH blockchain, allows users to develop a new coin. New segments of this Protocol include the Curio Chainlink Oracles, Stablecoin, Voting, and the Creator Security Vaults. CurioDAO controls the Protocol by determining the major limitations across the selecting power of those in possession of CGT.

The CGT token, which is also referred to as the governance token of the Protocol of the Creator, enables the possessors to possess it to cast votes on alterations to be made on the Creator Protocol. It is noteworthy that anyone can bring up a proposal for a CGT vote even without possessing a CGT. The process of Governance creation usually encompasses proposals and executive voting. The proposal selection is carried out to initiate a preliminary agreement of the group’s opinion before Executive voting begins. This guarantees that decisions related to governance are considered, and an agreement is reached before the actual process of voting. The voting process is usually helps to confirm (or cancel) adjustments to the position of the system. Technically, different kinds of votes are handled by smart contracts. A Proposal contract is a type of smart contract that is integrated with a governance action or more but can only be used once. When it is finished, it quickly enacts the changes being voted on into the variables affecting the internal governance of the Protocol. Once used, the Proposal Contract becomes void.

Proposal Contracts can easily be deployed by an ETH address; holders of the CGT token can then vote for whichever proposal they would prefer as the Active proposal. Whichever Ethereum address has the highest votes gets chosen as the active proposal. The proposal chosen is authorized with administrative access to the variables affecting the internal control of the Creator Protocol and also has the power to alter them. Along with the Creator governance role of the CGT token, there is also a secondary role it plays as the recapitalizing resource for the Protocol. Suppose a debt in the system (which is usually a result of the inability to provide enough Stablecoins being made by the security auction to cover the incomplete responsibility of the vault) passes the surplus. In that case, the supply of CGT token might arise through the use of a debt auction to refurbish the system. This is a risk that requires the possessors of CGT to come together and dutifully govern the ecosystem of the Creator to avoid extreme taking of risks.

It is easy to create and use a Curio Stablecoin; those in possession of security tokens that are confirmed as well as Curio Capital AG usually create Stablecoins by dropping some assets as security into the creator vault, which is inside the Creator Protocol. Stablecoin circulates in this manner and is how the users have access to liquidity and can also get it by purchasing it through different exchange markets. Once you’ve created or purchased it, you can use the Stablecoin the way you would any other crypto coin. It can be sent to others or used for purchasing goods and services. One of the many features of the Creator Protocol is that it allows you to use the Curio Stablecoin as savings. All Stablecoins currently in circulation is supported by surplus security, which entails that the security’s worth is greater than the debt of the stable coin. Every transaction made with the Stablecoin is made public on the blockchain. To generate new Stablecoins in the Creator Protocol, one can use the security assets through the use of Creator Vault, which is a smart contract. After the deposit is made, the value of the security is then decided with the use of Curio Chainlink Oracles, and depending on the information gotten about the security; the stable coin is then issued by CurioDAO.

The Creator Protocol usually needs live data about the price of the assets kept in the Creator Vault. To get this, it makes use of the Curio Chainlink Oracles, which uses unique APIs to discover and then send information about the worth of assets to CurioDAO. There are over seven APIs being used at the moment, and in the future, more could be added. A regulator of the price of Stablecoin in the market is the Keeper. The Keeper acts independently and derives incentives from profitable opportunities to create liquidity in different sides of the decentralized structures. Keepers participate in the market based on the Creator Protocol and then helps the Curio Stablecoin stay true to the target price: this is done by selling the coins when the price is higher than the target and then purchasing the stable coins when the price falls below the target in the marker. 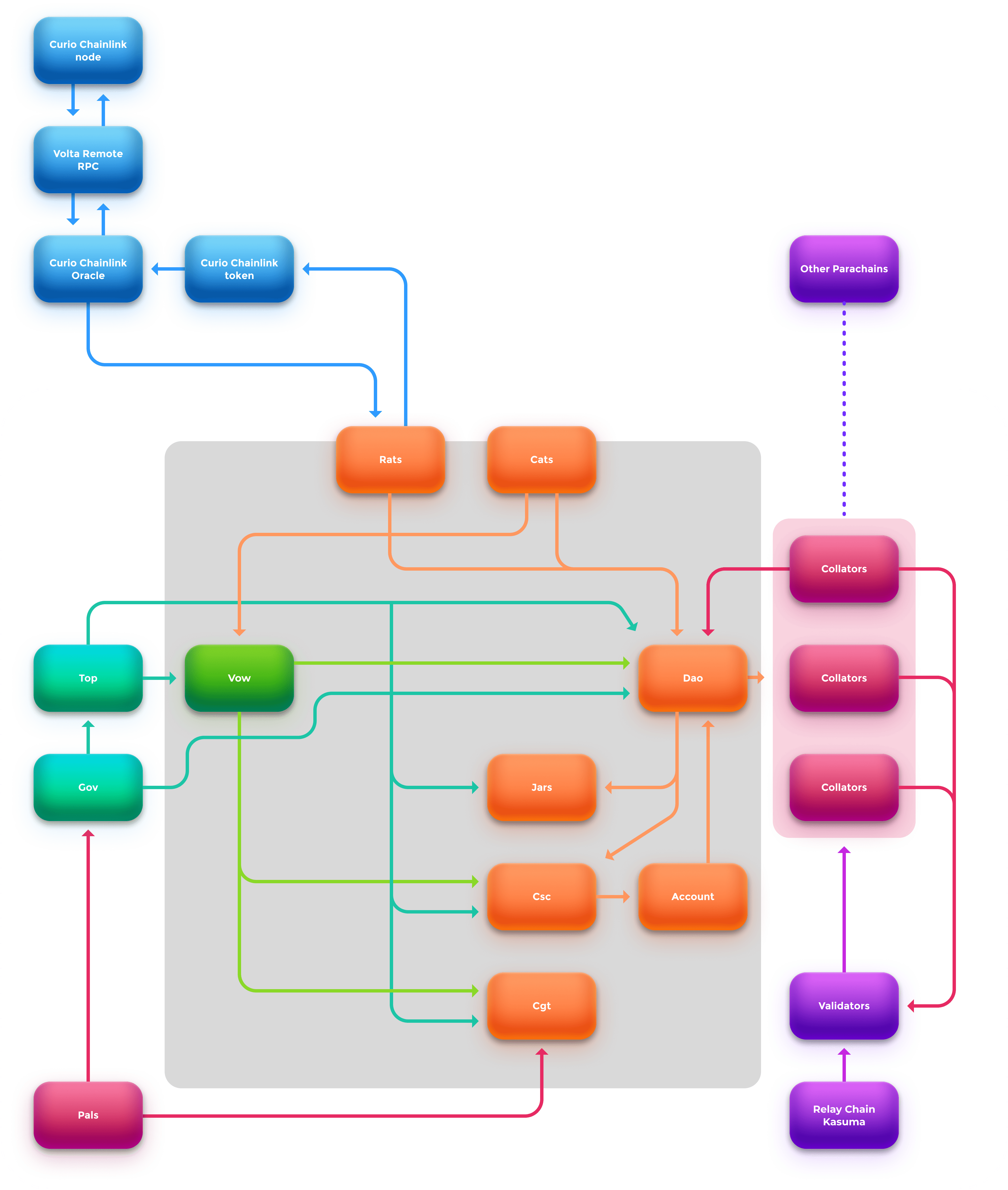 Validators checking and finalizing the block

Pals - Gov interaction with the government

Pals - Gov interaction with the government

Vow - Dao collection of a fee for the stability of token

When Curio is released in forthcoming years, there would be a launch of a parachain network with genesis blocks, which would show the balances of those in possession of the CUR token in the mainnet of ETH. This network will allow participants from free networks to become part of parachain and also have the chance to see themselves as holders of the Curio token. It gives them the opportunity of getting used to the qualities of parachain like being able to handle their balance through the network and other functions that accompany parachain like datalog and launch. There is also the availability of the Tech Committee and the Treasure Chest. 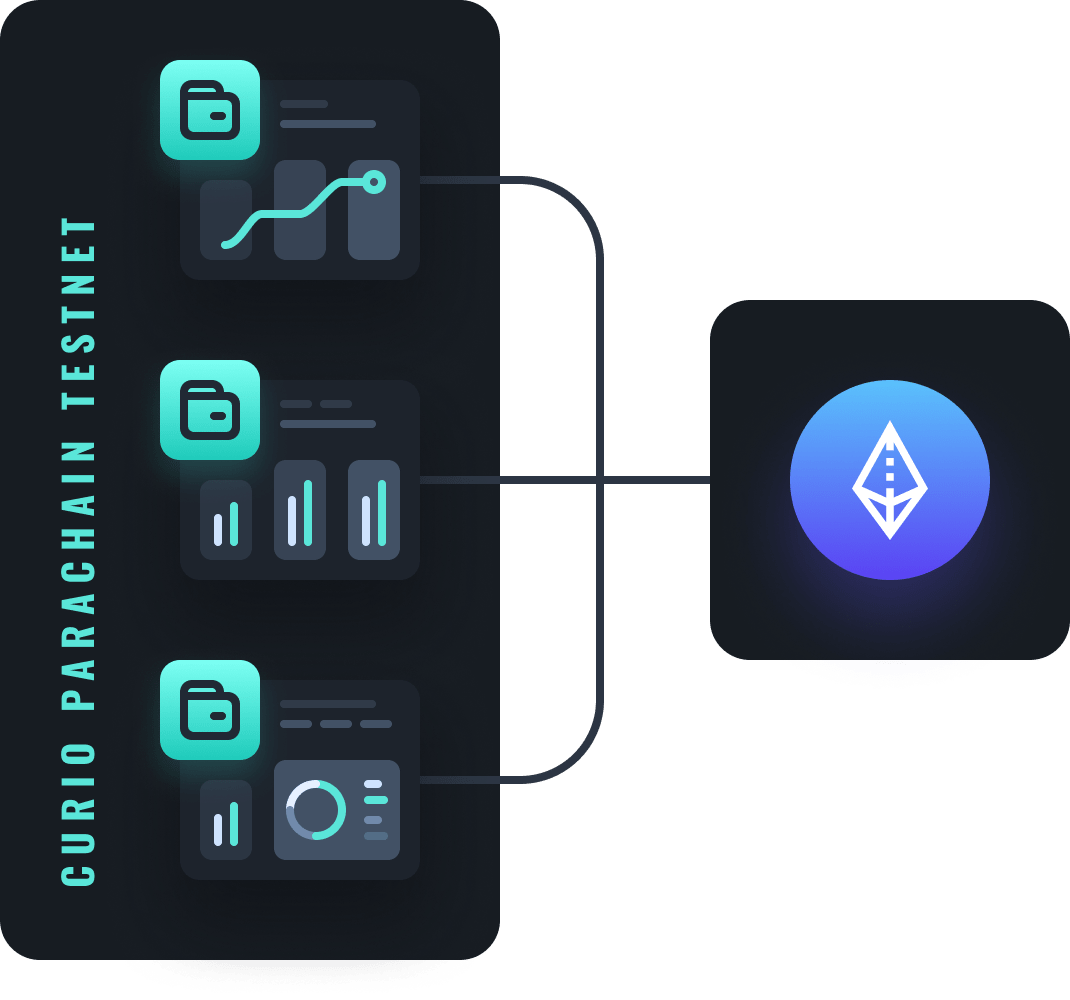 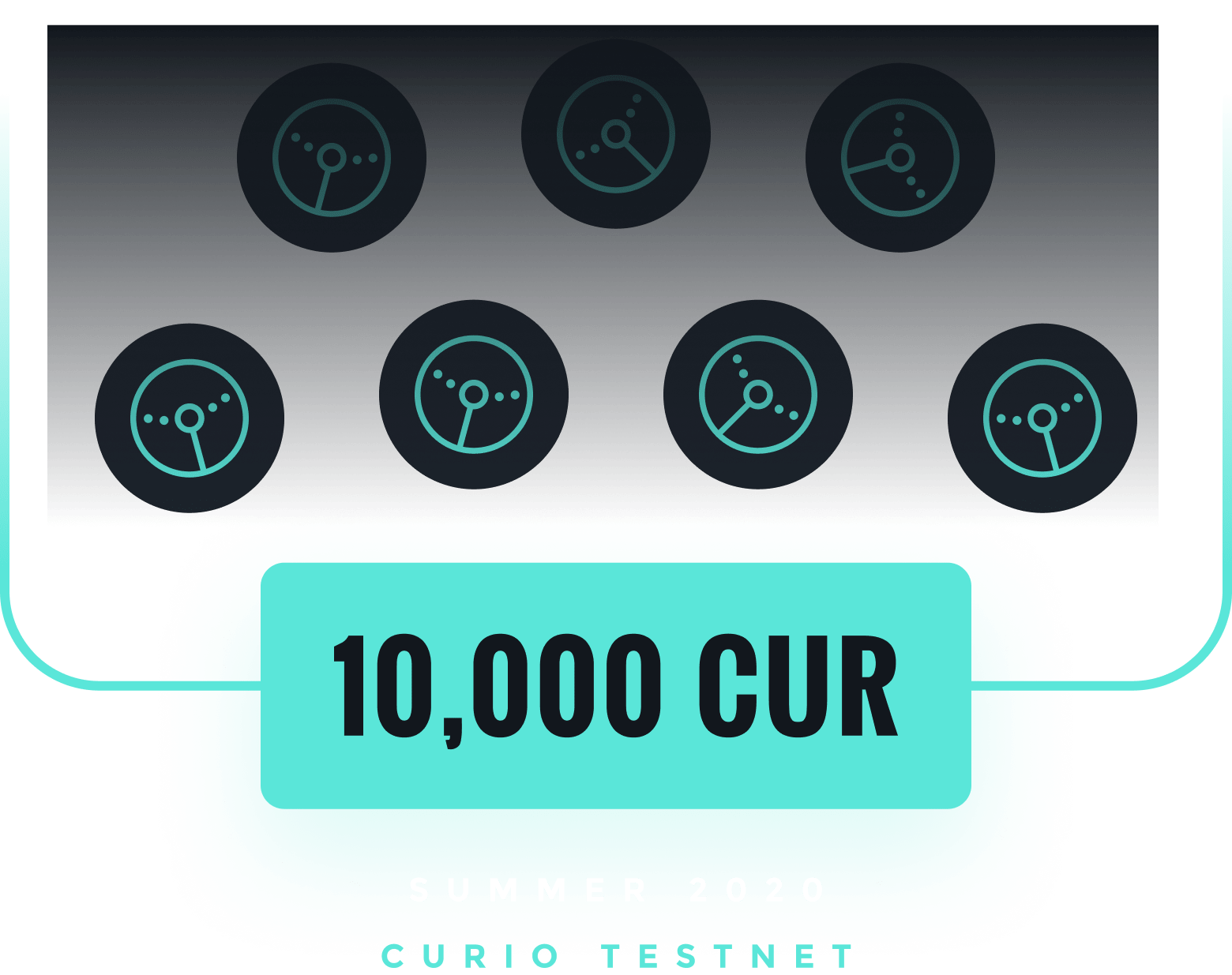 Initially, the Curio test network will exist outside of the Kusama network. During this period, independent providers will be involved in the network to check the operation of the system and further configure it. To attract providers, up to 10,000 CUR will be allocated in the summer of 2020. 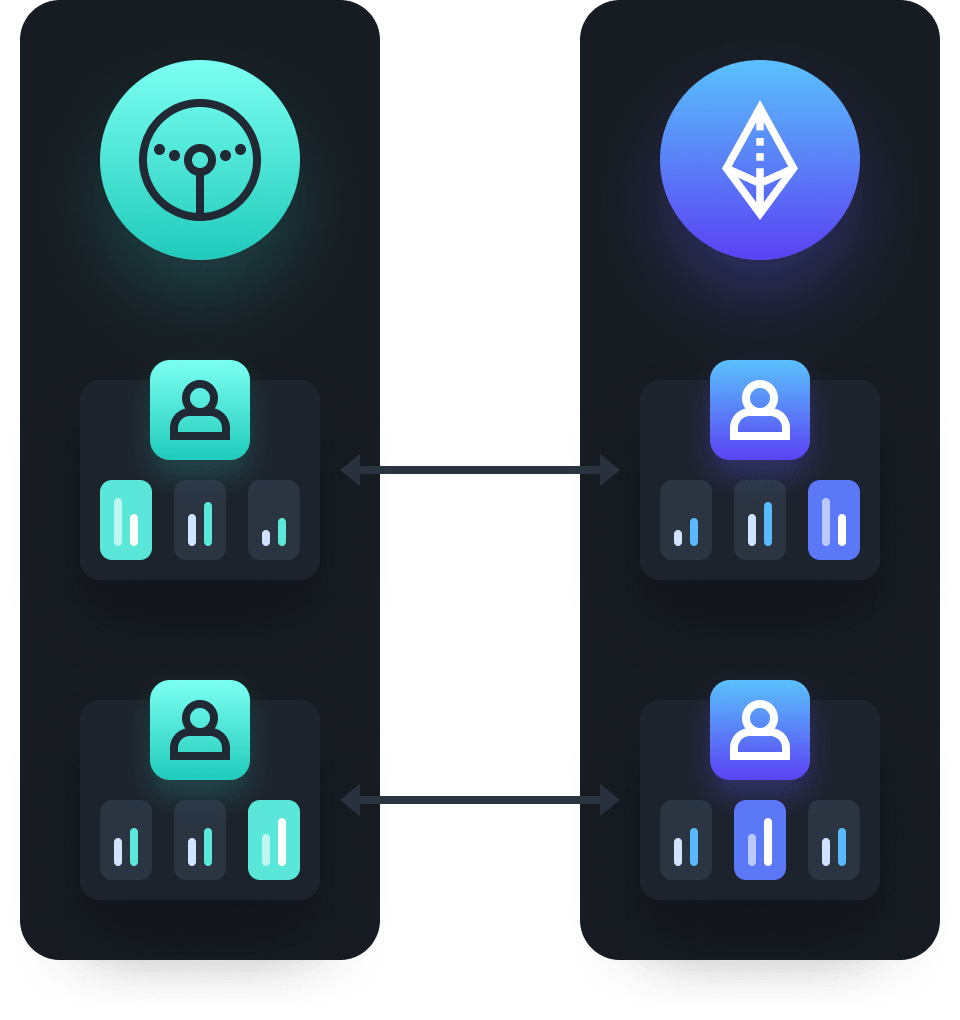 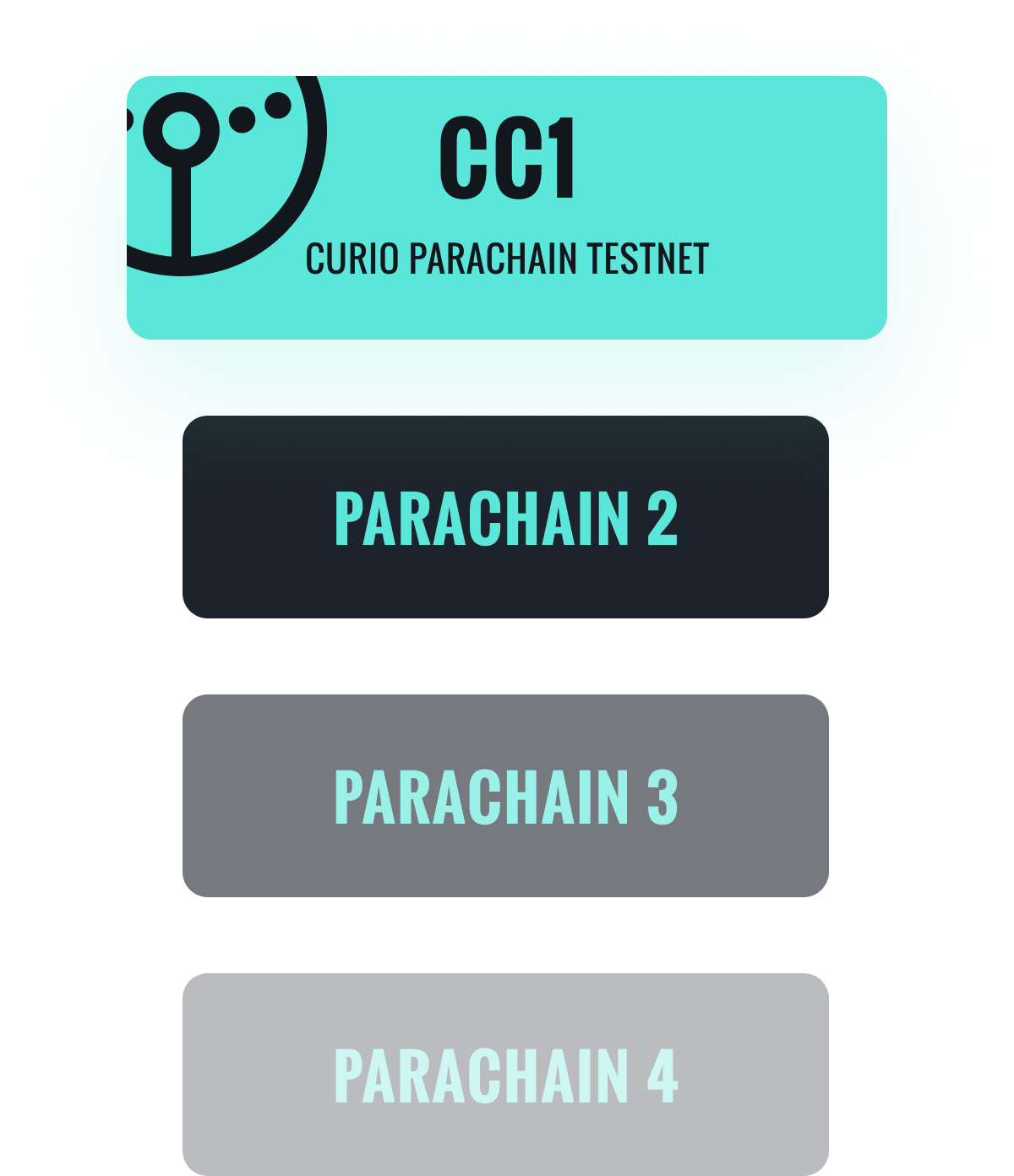 CC1 is the primary candidate for the role of the main Curio parachain with the current genesis block of CUR holders at the time of launch. But does not exclude the possibility of creation other parachains.

To join parachain, there is a need to pick up a slot in the relay chain. These slots will be provided in through an auction with candle. The said auction is following by blocking tokens built to the relay chain of the account of people who selected a particular parachain. For those with Kusama, it would be KSM and DOT for those who selected Polkadot. This would be considered with the use of the lock drop mechanism; this can be improved to encourage those holding KSM to back the Curio token. If Curio is selected, those who voted in favor will be given a CUR. 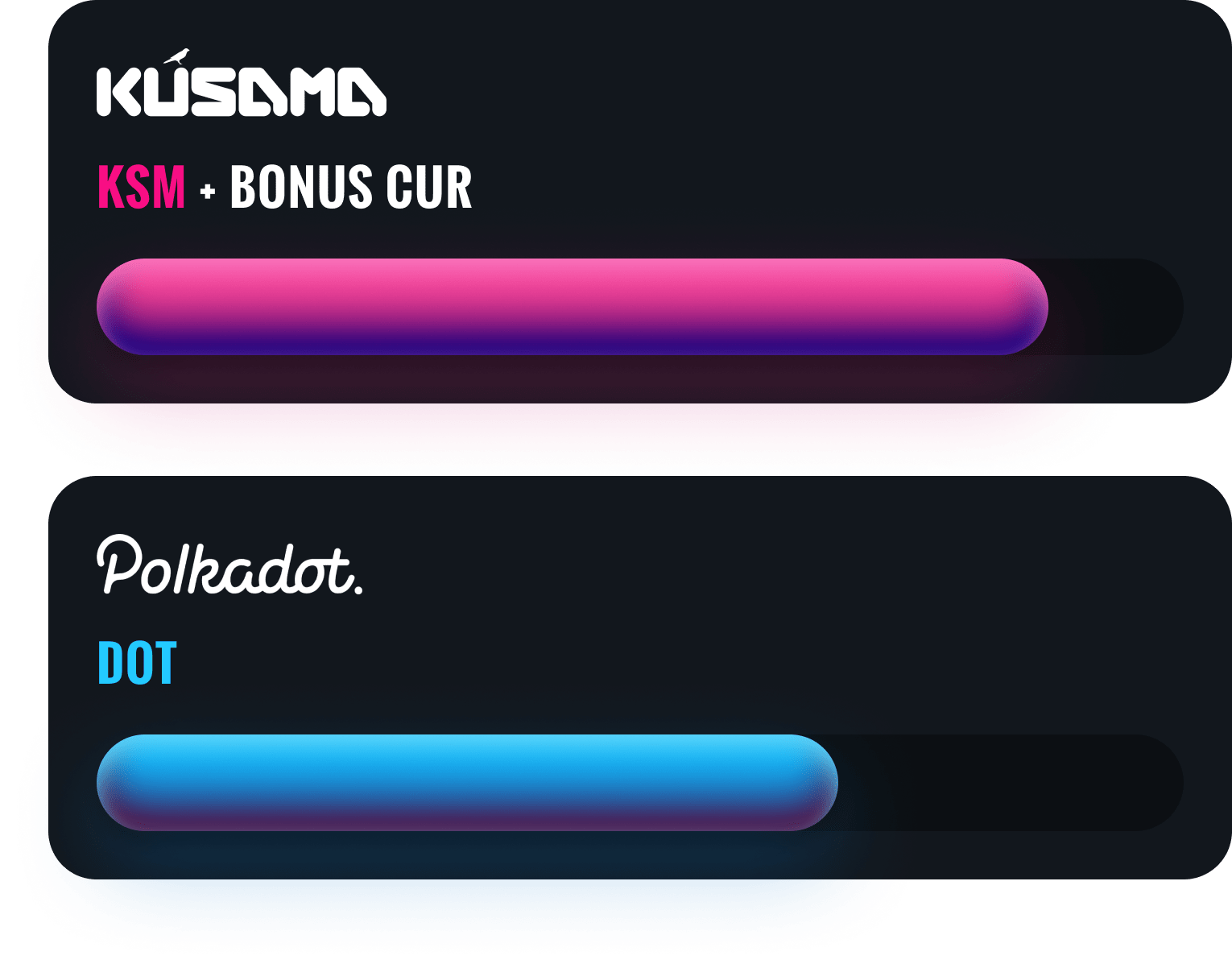 Kusama is a large pool of validators independent of Curio developers. Therefore, running the Curio blockchain under the control of the Kusama network validators will increase the security level of the network.

We are building one of the first hybrid Aragon DAO system with Curio Stablecoin, Ethereum 2.0 staking and Polkadot parachains. Special bridges for swaps will be developed for holders of CUR and CURV tokens. All CURV token holders will have staking incentives: staking rewards and a bonus program. Rewards will be in Curio Governance Token (CGT) and reserved shares of future wrapped security tokens. 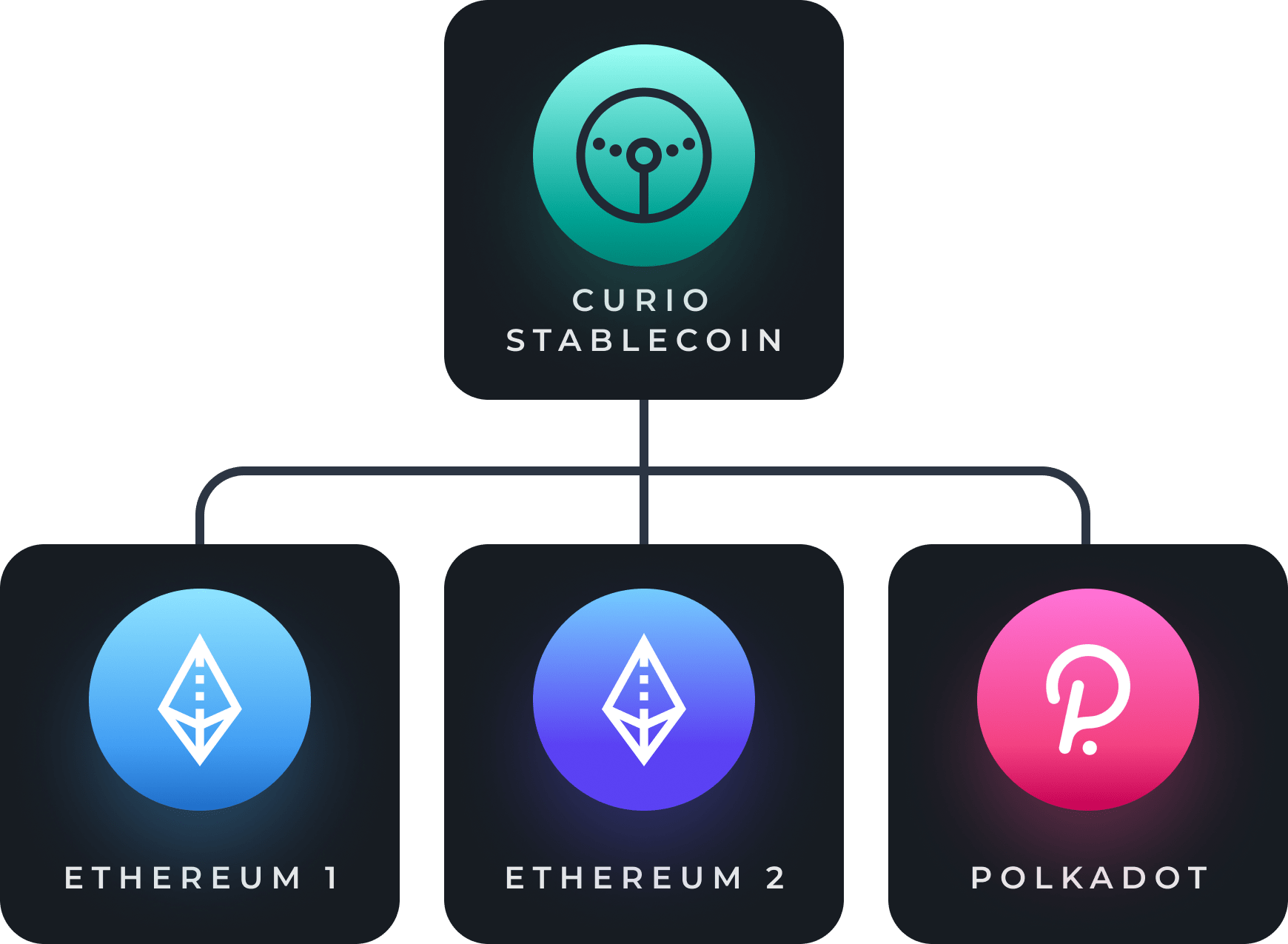